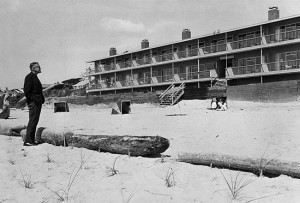 The lines were once drawn in the sand, where drift wood was once stacked to limit access to the beach.

It was 1967, when Oregon Governor Tom McCall signed the Oregon Beach Bill, declaring “the public would have free and uninterrupted use of the beaches.”

As the bill became state law, McCall quoted West, saying of the Oregon coastline: “No local selfish interest should be permitted, through politics or otherwise, to destroy or even impair this great birthright of our people.”

What a blessing that has been to all Oregon citizens and guests!

Tolovana Inn is proud to honor this important legislation on Earth Day, and every day.

Specially, the Oregon Beach Bill declares that all wet sand lying within 16 vertical feet of the low tide line be the property of the state of Oregon, with public easements of all beach areas up to the line of vegetation. It also requires that all property owners seek state permits for building and other use on the ocean shore. 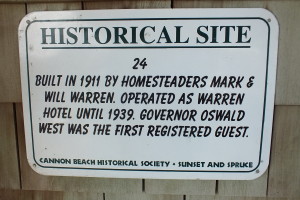 Governor Oswald West, who in 1913 called access to the  shoreline the public’s “birthright,” was the first guest at Warren Hotel, built in 1911, on the site of today’s Tolovana Inn.